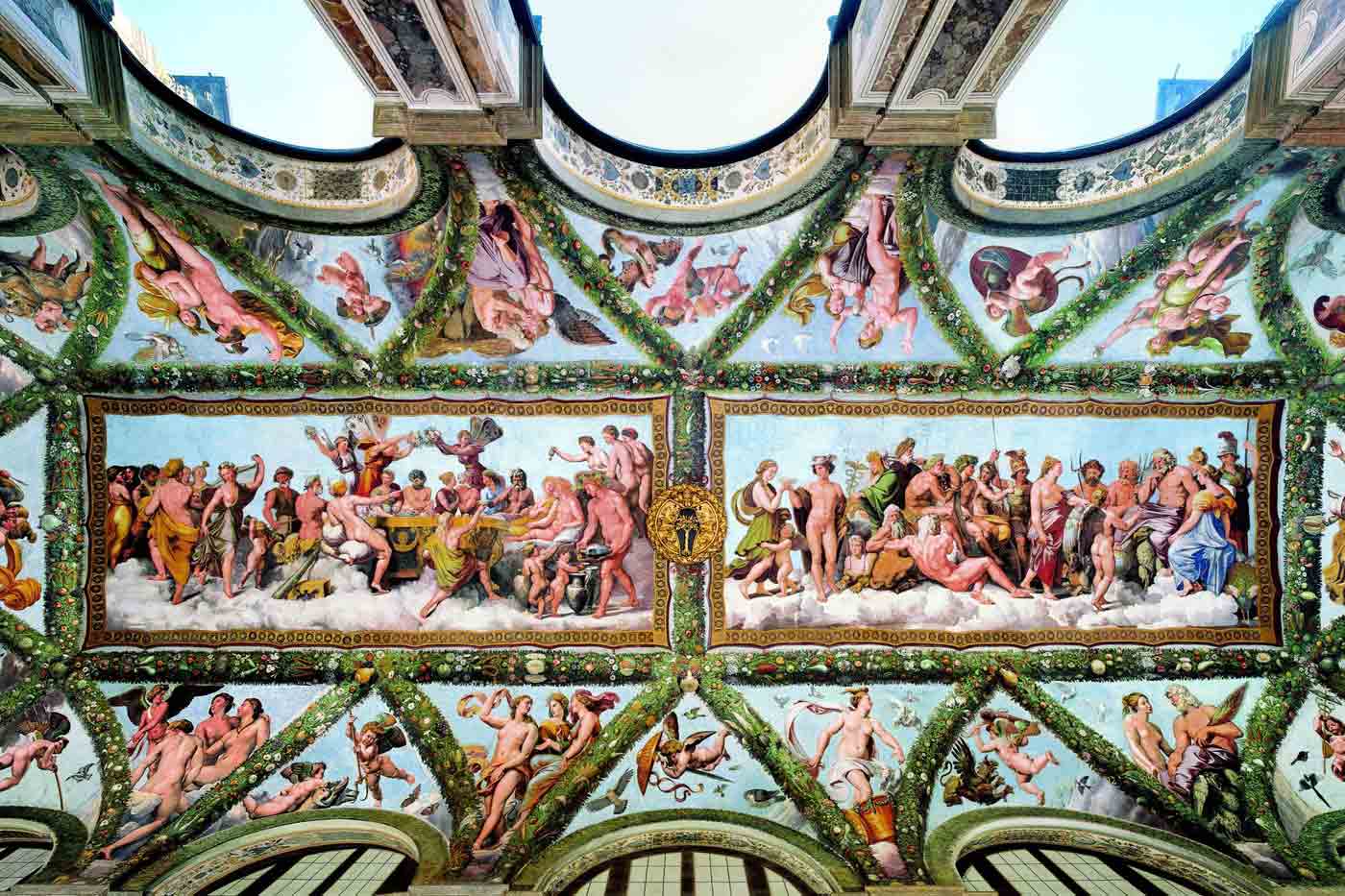 Posted at 12:38h in Off-the-beaten-path, Trastevere by marta

Villa Farnesina is a true gem and one of the best off the beaten path places in Rome.

The Villa is located in Trastevere, a popular medieval neighborhood just across the Tiber river from the city center (Trastevere from Latin: across the Tiber or trans Tiberim). This part of the city has become very famous over the years for its many restaurants, bars, romantic alleys and, of course, its medieval churches. But there is a less-known spot in Trastevere, which totally deserves a visit to really get a glimpse of what life was like for the nobles and wealthy in the early 1500s, the glorious Renaissance times. This place is Villa Chigi but it’s more famous as Villa Farnesina, from the Farnese household, who will purchase the villa in the 17th century.

A notorious banker in Trastevere

The story of villa Farnesina begins with Agostino Chigi, a merchant and banker native of Siena, who commissioned the architect Baldassarre Peruzzi to build him a magnificent little palace in Trastevere on Via della Lungara (1508-1512). Agostino Chigi was extremely wealthy to a point that he financed kings and popes: the family bank had branches throughout Italy and others in places as far apart as Cairo and London. Although not particularly educated, he was a well-connected courtier and truly a man of the Renaissance and a patron of the arts.

Agostino Chigi, named the Magnificent (il Magnifico), had 2 wives during his life. He had no children from the first marriage and in 1511, after he had remained a widow,  he met a young girl of humble origins, Francesca Ordeaschi, and lived with her as her common-law husband until 1519 when he decided to finally marry Francesca. The wedding banquet at Villa Farnesina was a memorable event, even the pope officiated the ceremony. As the story goes, in order to impress his guests, Agostino gave the order to use silver and gold plates for the banquet and to throw them into the river after they had been emptied out but the Chigi banker was smarter than that so the plates were retrieved using nets previously set by his servants.

The artists who worked on the decoration of the Chigi villa in Trastevere are among the most famous Italian Renaissance painters: Raphael, Sebastiano del Piombo, Baldassare Peruzzi, il Sodoma.

A feast for the eyes

Villa Farnesina has 2 floors and a small little garden facing the Tiber, which used to be larger and even more beautiful before the construction of the river banks in the late 1800s.

My favorite rooms in the villa are the Loggia of Cupid and Psyche and the bedroom of Agostino Chigi. The Loggia was going to surprise the guests invited for his wedding with Francesca. It is a beautiful space facing the gardens and the river. The loggia’s ceiling looks like a tentlike pergola framing the myth of Cupid and Psyche represented with 2 main scenes. One is the council of the Gods, where the unjustly persecuted girl is finally forgiven, and the other is scene of the wedding of Cupid and Psyche. This latter painting alluded to the marriage of Agostino and Francesca. Breathtaking are the minor scenes and the festoons of flowers and fruits that were painted by Raphael’s collaborator, Giovanni da Udine.

Giovanni Antonio Bazzi, known as Sodoma, who had long been working in Siena and Rome, in 1519 worked on the walls of the bedchamber. The subject matter of the paintings is the wedding of Alexander the Great and his bride Roxane. Roxane is sitting waiting for Alexander together with little cupids, on the edge of the splendid four-poster bed,  probably very similar to the real bed that was in the room.

Villa Farnesina is open from Monday to Saturday from 9 am to 2 pm and every second Sunday of the month from 9 am to 5 pm.