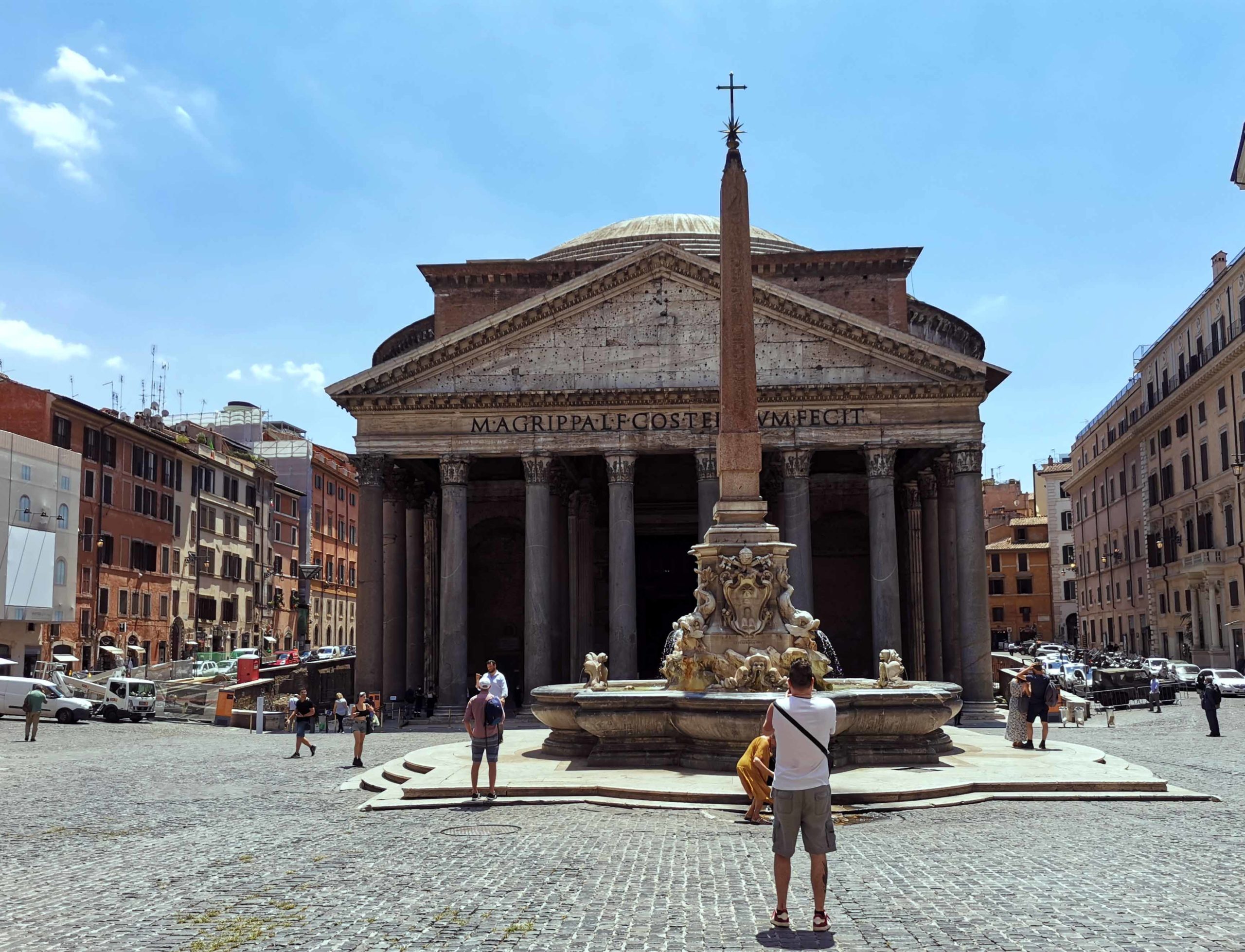 11 Jul 10 Interesting facts about the Pantheon in Rome

Posted at 13:44h in Ancient Rome, Top attractions in Rome by marta

The Pantheon is no doubt one of the most impressive and visited places in Rome and, after nearly 2000 years, still stands as a testament to the skills of the ancient Romans as engineers.

1. Compared to many other ancient buildings in the city pillaged for building materials over the centuries, the Pantheon enjoyed an incredible degree of protection due to its architectural values as to its status, as it was turned into a Christian church in the VII century AD, but the building still poses many enigmas in intention and design.

2. Its very name, Pantheon, is still subject to discussion. It derives from the Greek Pantheion, a term with different meanings, whether a temple of all of the gods or a temple in which the image of a ruler stood among such divinities. However the Pantheon seems to stand outside normal “temple typology” for several reasons.

3. It’s located on the ancient site where Romulus, mythical founder of Rome, disappeared to become god Quirinus ascending to the heavens. At the time of the construction a programmatic connection between Romulus and a new Rome under emperor Augustus may have been intended.

4. The present building is not the “original “ Pantheon. The bronze inscription on the front recalls Agrippa, general and friend of emperor Augustus, who built the Pantheon around 27-25 BC. Agrippa’s patronage of the Pantheon was generally accepted until 1892, when excavations revealed traces of an earlier building under the present, finally assigning the current Pantheon to emperor Hadrian’s reign (around 125 AD) on the basis of brickstamps used for the construction.

5. A new interpretation has emerged, proposing that the construction began under Trajan (emperor between 98-117 AD) as it now seems that only 1 of the 90 stamps from the monument can be dated to Hadrian’s time with absolute confidence. In this case, we could name a possible architect responsible for the design of the Pantheon, Trajan’s preferred designer, the famous Apollodorus of Damascus.

6. The fixing holes visible on the pediment imply the presence of  some bronze decoration (reused). Maybe it was a civic crown, or corona civica, a military decoration, combined with an eagle, alluding to the deification, but this has not been proven yet.

7. The 8 columns on the front of the Pantheon are made of granite, coming from Egypt. The shafts are each of a single piece and weigh 50 tons. The portico was mutilated though and added to down the centuries, and three east columns disappeared at some as yet unknown date. Pope Urban VIII and Alexander VII replaced them in the 17th c. and you can still see some elements from their heraldic crests sculpted on the capitals.

8. Between the porch and the interior rotunda there is an intermediate construction housing a pair of staircases leading to the roof and to a group of rooms occupied in the 16th c. by an association of artists, l’Accademia dei Virtuosi, based here. As a matter of fact, when the painter Raphael died in 1520 died, he required to be buried here, thus initiating this practice of burial of famous artists in the Pantheon.

9. The aggregate materials used in the concrete of the rotunda and dome are graded into at least six different layers, from the travertine-laden concrete at floor level to a mixture that uses light volcanic scoria at the top towards the eye, or oculus, the 9 meter diameter opening  in the middle of the dome… and yes, there is no glass in the oculus! But there’s a drainage system visible on the floor.

10. It’s possible that the Pantheon’s rotunda was intended as a solar clock, as the sun’s ray enter through the eye, and, due to the effect of the rotation of the earth, illuminate the walls of the rotunda in changing ways on specific days of the year. On April 21st, birth date of Rome, for instance, exactly at midday, the beam of light from the oculus is centered on the entrance of the temple. One can imagine how the emperor would enter the Pantheon illuminated by the sun as a reflection of this calculated arrangement.

Admission to the Pantheon is free and we can visit it together on the Downtown Tour or on a customized tour of Ancient Rome.

The Pantheon is open every day but cannot be visited during mass hours: Sundays 10.30 am (reopens at noon); Saturdays: 4.45 pm (reopens at 6 pm). Last admission: 6.30 pm. Closed on Jan 1st, May 1st, Dec 25th. If visiting during a religious holiday, you may contact the Pantheon’s welcome desk for information regarding mass hours at https://www.pantheonroma.com/contact/