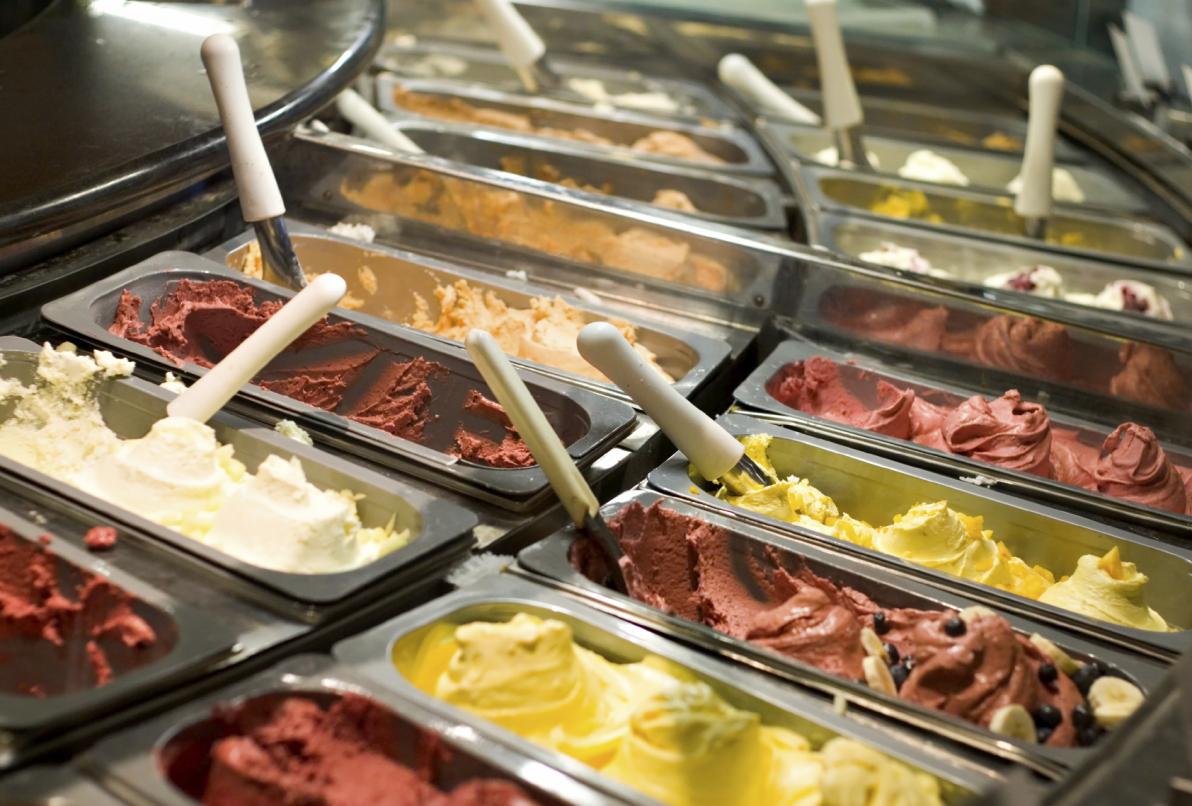 08 Jul My top 5 places for gelato in Rome

Where is the best gelato in Rome?

First of all, let me start by saying that I can eat gelato or ice cream any time, any season. Also, I happen to live near a very good gelateria (gelato shop), which is difficult to avoid when heading home after a hot day at the Colosseum.

After all one cannot come to Italy without trying some good gelato, especially during summertime. So here comes a list of some of my top 5 places for gelato in Rome (city center.)

When we talk we use the word ice cream and gelato interchangeably but they are 2 different things:

Ice cream is a frozen dairy dessert made of cream, milk, sugar, and typically egg yolks. The ingredients in ice cream are first cooked together into a rich custard. After the custard base is cooled, it’s churned at high speed to increase its volume and incorporate air. Ice cream is served at a quite cold temperature that makes scoops hold together.

Gelato is the Italian word for ice cream, literally meaning “frozen”. It has a long history, being created at the court of the Medici family in Florenceby the alchemist Cosimo Ruggieri, who developed the first flavor called fior di latte, based on milk. Then, in 1686, the Sicilian Francesco Procopio Cutò opened the Café Le Procope in Paris. Since then, gelato became internationally known. It starts out with a similar custard base as ice cream but has a higher percentage of milk and a lower proportion of eggs and cream or no eggs at all. Gelato is churned at a much slower rate, incorporating less air that leaves it denser than ice cream. Besides this, gelato has a lower percentage of fat than ice cream. Yes!

Besides these technical details, more importantly to me is the fact that I appreciate gelaterie that use fresh and in season ingredients: I do not expect to find flavors like fig or peach at my favorite gelateria during the month march. Remember that you can always ask to top your ice cream with whipped cream! The price as always changes depending on the size of the cone/cup and number of flavors.

I never say no to a stop for a gelato on my Downtown Rome Tour. Find out more here: https://www.seeromewithme.com/downtown-rome-tour/