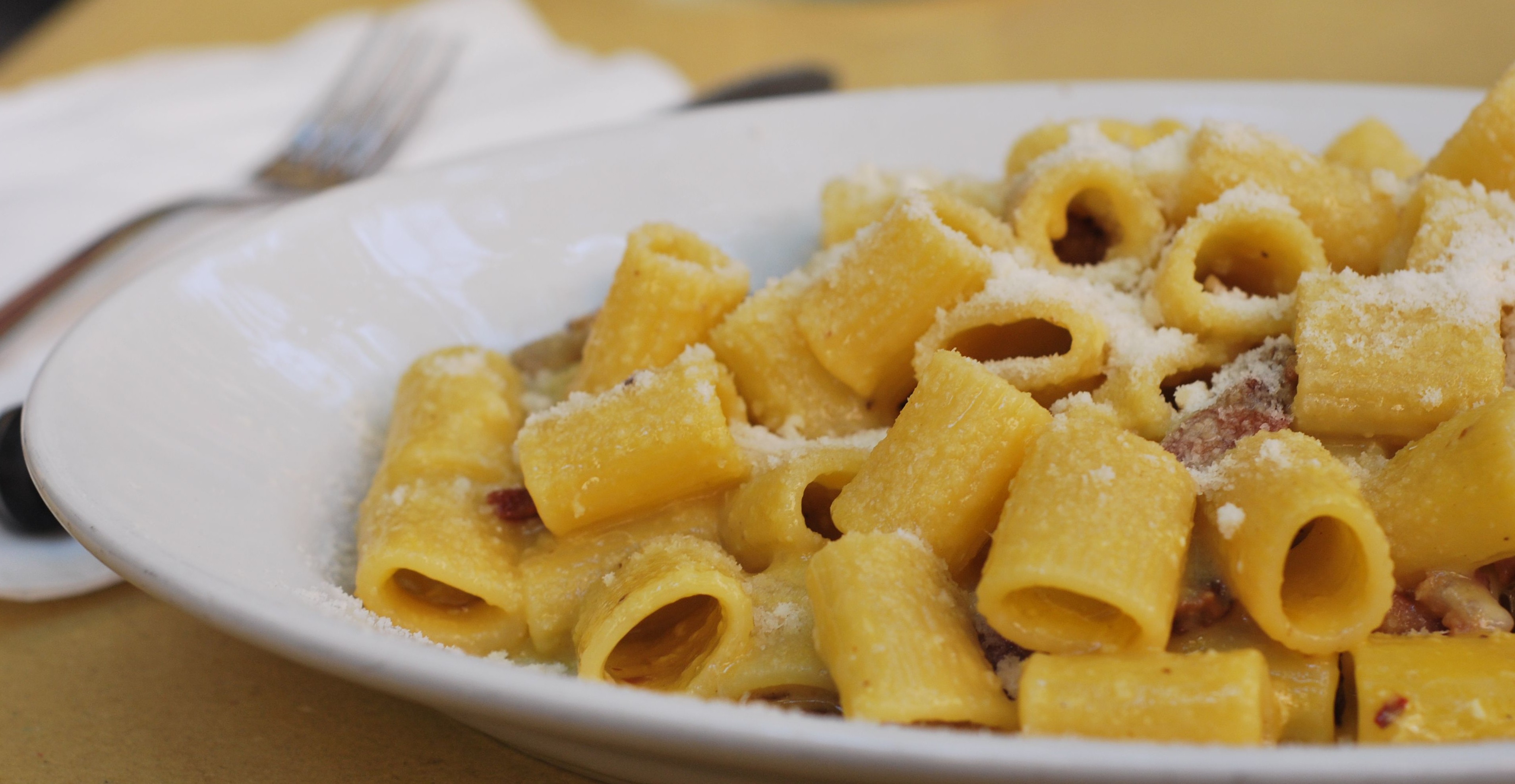 Posted at 23:01h in Uncategorized by marta
0 Likes
Share

You are finally here and wondering what to eat in Rome? Here you can find some ideas!

One of the reasons why traveling in Italy is a great experience for foodies is that all the regions offer something different, with distinct characteristics. So if, for instance, you are traveling in Veneto, don’t go searching for the ultimate “Cacio e Pepe” pasta but rather try the “Polenta con gli Osei” (better recommended during winter time), which is “polenta and spit-roasted wild birds”.

There are general tendencies but the richness of Italian cuisine lies in its diversity. Furthermore, Italian cuisine is also very seasonal. The high priority placed on the use of fresh, seasonal products distinguishes the Italian food.

For various reasons, Italo-Americans eat dishes we don’t actually eat here, such as Spaghetti with meatballs. And, believe me, if you do find a restaurant in Rome where these dishes are on the menu, that is a good indication that maybe you’d better go somewhere else.

But let’s see what to eat in Rome. The very typical Roman cuisine is based on poor ingredients; a particular aspect of Roman cooking is in fact the “Quinto Quarto”, literally “Fifth Quarter”.

At the end of the XIX century, a modern slaughterhouse was built in Rome’s Testaccio suburb. Many butchers, called vaccinari (“cow workers”), worked in the establishment and they were very famous for their ability to refine any cut of meat. At first, the cows were split in half, and then in four quarters.  This is how distribution worked: prime quarter went to nobility, second quarter to the clergy, third quarter to the bourgeoisie, fourth to soldiers.What was left over— such as head, tail, liver, and all the rest of the offal—was called the “Fifth Quarter”. Considered meat of poor quality, the “Quinto Quarto” was given to the butchers to round up their pay and presumably sold by them to restaurants in the same area.

This is the reason why in Testaccio there are still today very famous restaurants where you can eat the authentic Roman cuisine dishes, such as Felice in Via di Mastrogiorgio, or Checchino in Via di Monte Testaccio. One of the traditional dishes made from the “Quinto Quarto” is the Coda alla Vaccinara: oxtail stew, made from veal tail and vegetables.

But if you have a more delicate palate, don’t worry! There is a wide choice for everybody. Let’s see some of the typical pastas you can find in Rome:

Carbonara: there are quite a few interpretations, especially regarding the use of onion/garlic, but more likely none of them belong in true Carbonara. It is made with eggs, pecorino cheese, and guanciale. The Italian guanciale is different from the so called pancetta (closer to American bacon): it’s a product prepared from pork jowl or cheeks, rubbed with salt and spices and cured for 3 weeks at least. If you are in the city centre, check this place for a Carbonara: “Armando al Pantheon”, in Salita dei Crescenzi 31. A little digression here is needed: apparently, the Carbonara was introduced in the Roman cuisine only in the aftermath of World War II, when the Anglo-American troops entered Rome and finally liberated it. As a matter of fact, the Carbonara has its roots in the K-Rations given to US soldiers, made of egg yolk in powder and bacon. Eventually, thousands of K-Rations were distributed to the civilian population and somebody started using these ingredients with spaghetti. It seems that the first time this dish appeared on a menu with the name Carbonara was at the Trattoria “Da Carlo al Gianicolo” in 1944. Another place I like for Carbonara is Enzo al 29 in the lovely Trastevere.

Bucatini all’Amatriciana: it’s pasta (in this case thick spaghetti) with tomato sauce, guanciale again, and a lot of Pecorino cheese. Just for 4 ingredients, but crucial is the pasta shape and sauce type relationship. This dish comes from Amatrice town, which was part of the Abruzzo region until early 1900, and the truth is that the original recipe did not include tomato sauce. The recipe is rooted in the culture of these shepherds from Abruzzo, who made it known in the capital, due to their seasonal movements (transhumance) towards the Roman countryside. One place to try it, which is a bit off of beaten track is “Lo’Steria”, in Via Prati Della Farnesina 61. This may be an option if you have just finished touring the area of Vatican as it can be reached by bus (32) from the nearby Piazza Risorgimento. It takes about half an hour, but it’s worth the journey and non-touristy.

Gricia: it’s like the Amatriciana but without tomato sauce, so it should taste more like the original Amatriciana recipe.  Try it at “Flavio al Velavedetto” restaurant in Testaccio. The only downside here is the menu that is in Italian only but there a couple of waiters who will help you out translating and sometimes the service can be slightly slow.

“Cacio e Pepe”: it has only three main ingredients: Pecorino cheese, black pepper and pasta, so it might seem an easy recipe to make – but it isn’t. Cooking time and the quality of the ingredients are crucial – as always.

And possibly… avoid ordering a Cappuccino at the end of a meal!